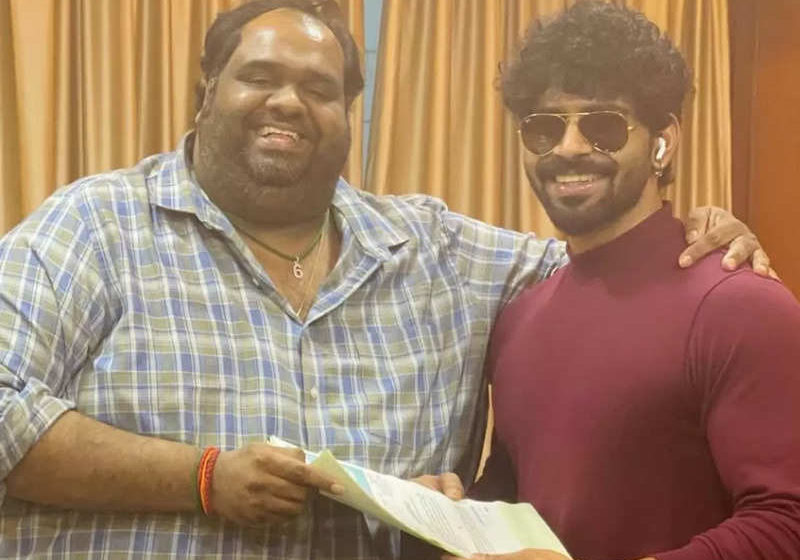 Model and fitness freak Balagi Murugadoss became popular after his participation in Bigg Boss tamil 4. With his straight forward nature,Balaji impressed the audience and became the runner-up of the show. Now, the latest is that he is all set make his big screen debut as a lead and has signed the dotted lines.

An elated Balaji has taken to his social networking page and shared that he will be making his debut as a hero in an upcoming film that will be bankrolled by Ravindran of Libra Productions.

Sharing pics from his big day, he captioned them, “Signed My First movie as lead. Expect the unexpected. Thanks to @libraproductions123 and Mr Ravindran. Need all your support and blessings as always fam.” (sic)

Producer Ravindran through his production houses official social media handle posted, “Happy and glad to announce @OfficialBalaji balaji murugados casted as lead in our next project. Strong technical cast and crew details reveling soon. Balaji will entertainment once again in his style but with full of love.