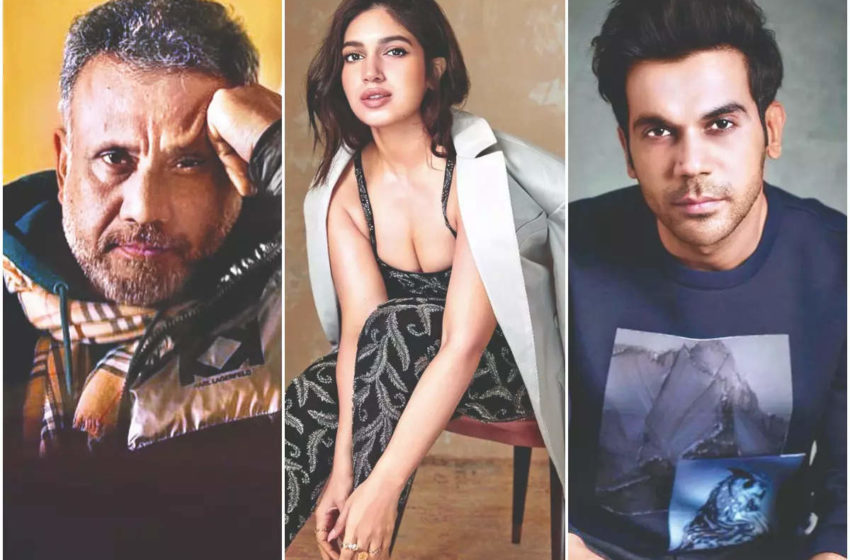 If all goes as planned, Bhumi Pednekar will team up with writer-filmmaker Anubhav Sinha for his next venture, titled Bheed. The movie features Rajkummar Rao as the male protagonist, and like the filmmaker’s previous ventures, including Thappad, Article 15, and Mulk, revolves around a socially relevant topic that has seldom been tapped in Hindi films.

Anubhav, who wrapped up Anek with Ayushmann Khuranna in the course of the lockdown, was recently in Lucknow with his team for scouting locations for the shoot that commences in a few days from now. The actors are expected to join the team sometime post Diwali.

Bhumi, who has wrapped Raksha Bandhan with Akshay Kumar,will be teaming up with Rajkummar as his leading lady for the second time after Junglee Pictures’ Badhaai Do, the sequel to the 2018 National Award-winning film Badhaai Ho. We reached out to Anubhav Sinha for a confirmation, but he didn’t respond to our queries till we went to press.

Prior to this, Anubhav has worked with Taapsee Pannu on Mulk and Thappad. This is Bhumi’s first collaboration with Anubhav who has made a string of credible films in the recent past. The filmmaker has been occupied with the post-production work on Anek and the pre-production on Bheed.