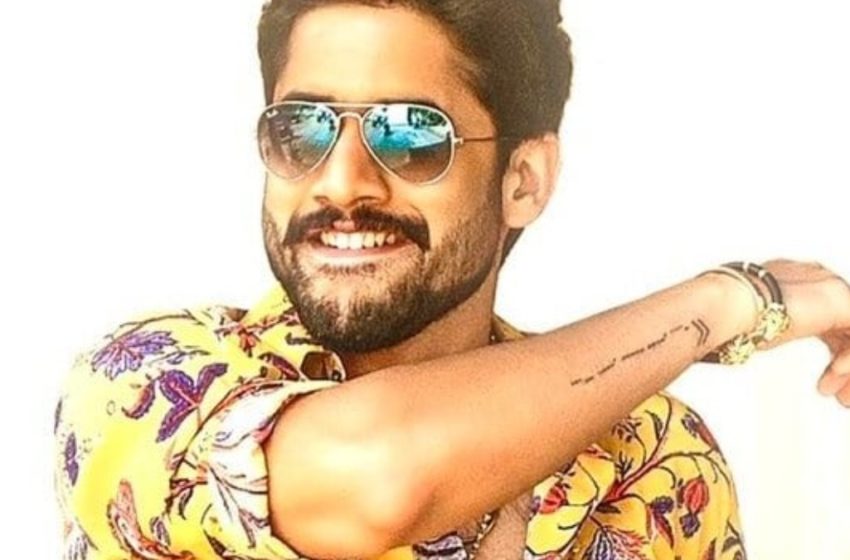 The much-awaited ‘Bangarraju’ marks Akkineni Nagarjuna’s second-time collaboration with director Kalyan Krishna after blockbuster hit ‘Soggade Chinni Nayana’. As ‘Bangarraju’ brings the Akkineni father-son duo of Nagarjuna and Naga Chaitanya together, there is much hype around this venture.

The makers of ‘Bangarraju’ revealed a brand new poster that features Akkineni Naga chaitanya’s first look from the movie. As the ‘Love Story’ actor celebrates his birthday on November 23, the makers released the poster as his birthday present.

In the poster, Naga Chaitanya looks uber cool, as he wears a yellow shirt matched with denim. To give the village boy appeal, he is seen throwing a fancy cattle prod as he poses while walking with a smirk on his face. The poster gives a festive appeal to the Telugu audience.

Nagarjuna and his son Akkineni Naga Chaitanya are sharing screen space together for the second time for ‘Bangarraju’, after the memorable ‘Manam’. ‘Bangarraju’ is the sequel to Kalyan Krishna’s directorial ‘Soggade Chinni Nayana’.

Billed to be a wholesome entertainer laced with a good dose of romance, action, and other commercial entertaining elements, the movie is preparing for a huge release soon. Veteran actress Ramya Krishna is playing Nagarjuna’s wife, while ‘Uppena’ fame Krithi Shetty appears as the love interest of Naga Chaitanya.

Anup Rubens provides soundtracks, and the first single ‘Laddunda’, which was released a few days earlier got much hype creating anticipation for the music album of ‘Bangarraju’. Zee Studios is co-producing the project with Annapurna Studios Pvt Ltd. Nagarjuna is the producer. Satyanand has penned the screenplay, while Yuvaraj leads the department of cinematography.