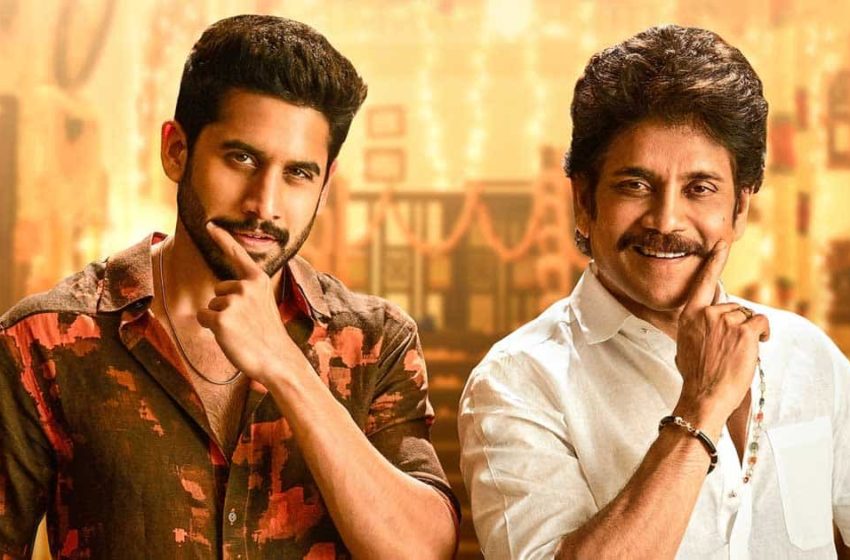 Bangarraju is largely benefitted from the postponement of RRR and Radhe Shyam. The Nagarjuna and Naga Chaitanya starrer now has the advantage of being the solo big-ticket release this Sankranthi season.

The festival season release is expected to help the film’s cause at the box office this Sankranthi season. That is the reason why the distributors and exhibitors in the twin Telugu states were willing to offer big bucks for the film. The film has now locked a massive target of Rs 39 crores. But it needs to be noted that Soggade Chinni Nayana which released in 2016 could post exceptional collections during the Sankranthi season.

Now, Bangarraju has done very good pre-release business and the onus is on the film to recover the big investments.Bangarraju is a proper family entertainer featuring Nagarjuna, Naga Chaitanya, Krithi Shetty, and Ramya Krishna in the lead roles. Nagarjuna recently revealed that there are a total of 8 female leads in the film.

Now, it remains to be seen if the film will make the most of the Sankranthi release advantage and post good revenues. The film is directed by Kalyan Krishna who had previously directed Soggade Chinni Nayana. Nagarjuna is now overseeing the post production of Bangarraju as he wishes to deliver the best possible final cut.