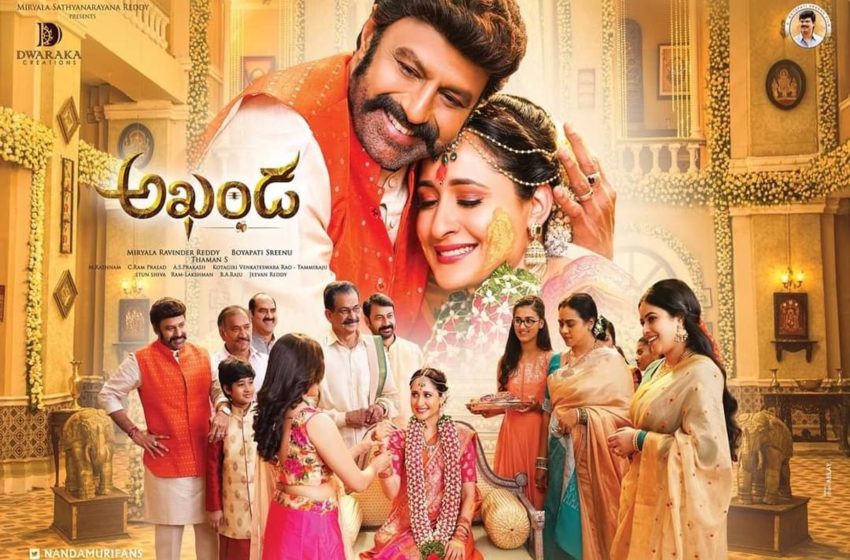 Nandamuri Balakrishna and Boyapati Sreenu’s third collaboration, Akhanda, is carrying out a great hum in trade. The film, which is all set to hit theatres on Dec 2nd in India, is gearing up for the grand gala premieres in the US on Dec 1st. According to the trade, the pre-sales in the US is indicating a strong start.

Currently, the film’s pre-sales in stood at 150K USD. With three more days left for the premieres, this figure is likely to cross the Love Story’s premieres.

Sekhar Kammula’s Love Story, featuring Naga Chaitanya and Sai Pallavi in the lead, had made 313K USD through its US premieres. The US trade is expecting that Akhanda US premieres would exceed this figure.

Meanwhile, the trade is also looking for that Akhanda is likely to cross the premiere collections of Legend, with just pre-sales.

Usually, films will release on Friday but the makers of Akhanda are deliberately releasing the film on Thursday (Dec 2nd) as December 3rd is believed to be adverse.

Directed by Boyapati Srinu, the film has a group cast including Pragya Jaiswal, Poorna, Srikanth, Jagapathi Babu and others.