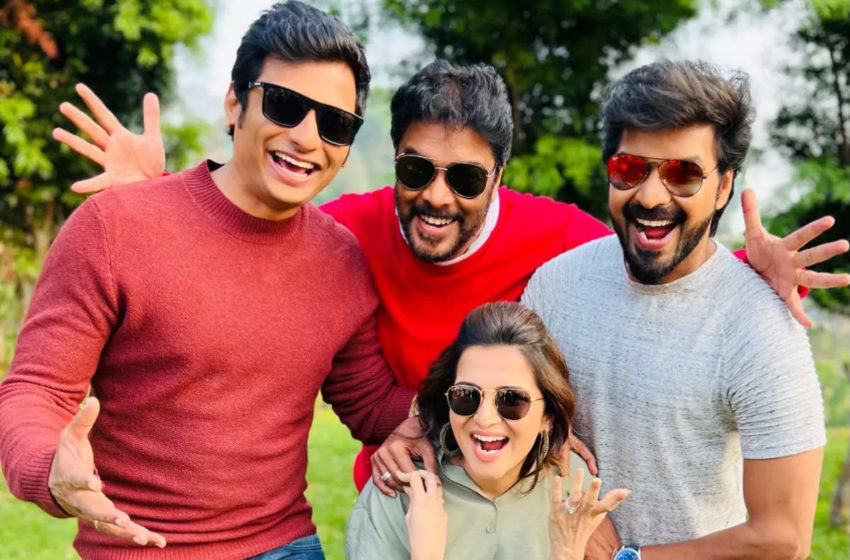 The latest on this comedy entertainer is that television personality and actress DhivyaDharshini aka DD has now been roped in for a crucial role. Sharing the news, DD tweeted, “Ooty, family drama, brothers & sister play,confusion and comedy. Idelam sonnale u will know who is the Master. Yes happily part of Sundar.c sir’s film along with r handsome heroes @JiivaOfficial sir & @Actor_Jai

She also shared a pic of her along with Sundar C, Jiiva and Jai. Going by DD’s tweet, it looks like this new film will have the popular actress as the sister, with Jiiva and Jai as the brothers.

The team has been shooting in Ooty, where the film is set, for the past one month. Yuvan Shankar Raja is composing the music for this film, which is being produced by Khushbu’s production house. The film stars Jiiva, Jai, Srikanth, Raiza Wilson, Aishwarya Dutta, Malvika Sharma, and Amritha Aiyer.