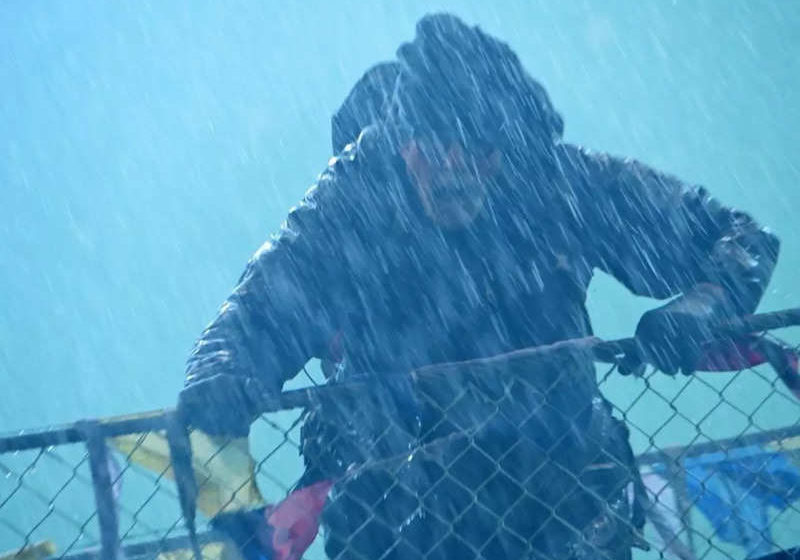 Megastar Amitabh Bachchan #recently dropped a glimpse of himself from the sets of his next film ‘Unnchai’. Sharing a picture in the rain where he is spotted struggling on a bridge with a backpack, he complained about having limited popularity on Instagram.

Spilling beans about the scene, Big B credited action director and Vicky Kuashal’s father Sham Kaushal and wrote in the caption, “ a swinging cantilever narrow one lane bridge , 4 storm fans , lashing rain , smoke , Himalayan clothing, heavy back pack and perform .. Whole day for the past 4 day!! Action by Vicky’s Father, Shyam and none of the beautiful ladies who get millions of follow numbers?? to help me get some follow too .. aaarreghhh ”.

As soon as he shared the post, actor Parineeti Chopra who will share the screenspace with BigB in ‘Uunchai’ commented, “Nepal’s clothing in Bombay! It’s been mind-blowing watching you every day and shoot this one sir.” Rohit Roy added, “Amit ji I will never tire saying this that for the last 50 years, you have inspired each and every one who has come into the performing arts, in any discipline, in every medium! I love you! Sorry, we love you!”

Amitabh who is an avid social media user currently has about 29.2 million followers on Instagram. He also likes to keep a record for his regular tweets alongside a frequently updated blog on Tumblr. Needless to say, all of his posts go viral in no time.

On the work front, Amitabh will be next seen in Ayan Mukerji’s ‘Brahmastra’ co-starring Ranbir Kapoor, Alia Bhatt and Mouni Roy. The film will release in cinemas on 9th September 2022.