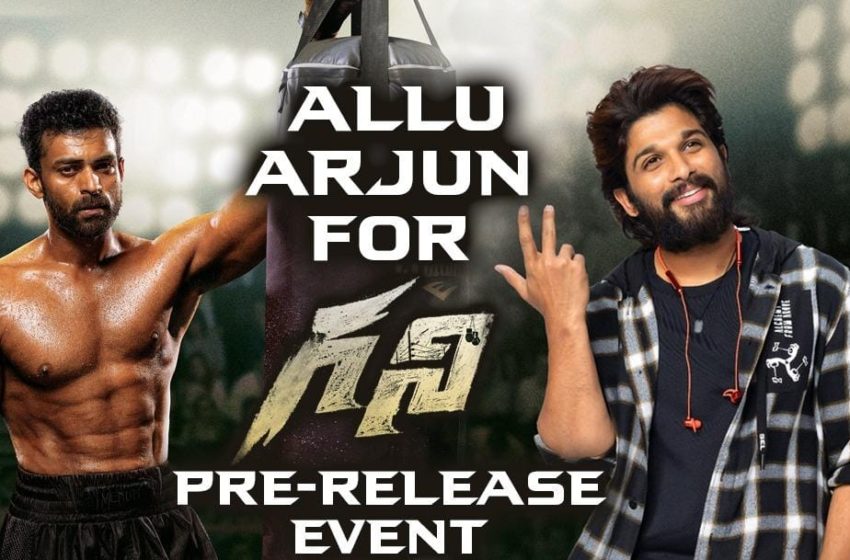 Varun Tej’s upcoming film is directed by Kiran Korrapati and the film is scheduled to hit theatres this year. Allu Bobby have bankrolled the project under the banners of Renaissance Pictures and Allu Bobby Company, while S Thaman has worked on music.

Now, actor Varun Tej Konidela is currently busy with the promotions of his upcoming film ‘Ghani’. The pre-release event of the film will take place on April 2 in Visakhapatnam, and pushpa star Allu Arjun will be the chief guest at the event.

The information about the celebrity attending the function was given on Twitter by Geetha Arts team. Along with a poster of the pre-release event, the tweet read, ”Icon St𝔸𝔸r @alluarjun garu to grace the grand pre-release event of #Ghani on April 2nd @ Vizag! #GhaniFromApril8th.”

The tweet tagged Allu Arjun. George C. Williams has cranked the camera while Marthand K Venkatesh is the editor of the movie. ‘Ghani’ has its stunts composed by Dhilip Subbarayan and Larnell Stovall.

Saiee Manjrekar will be seen opposite Varun Tej in the film. Jagapathi Babu, Upendra, Suniel Shetty, Naveen Chandra, Nadhiya, Naresh and Tanikella Bharani will be seen playing other crucial roles in the film. Tamannaah Bhatia will have a special song titled “Kodthe” in the movie. Varun Tej will be essaying the role of a boxer in the film.