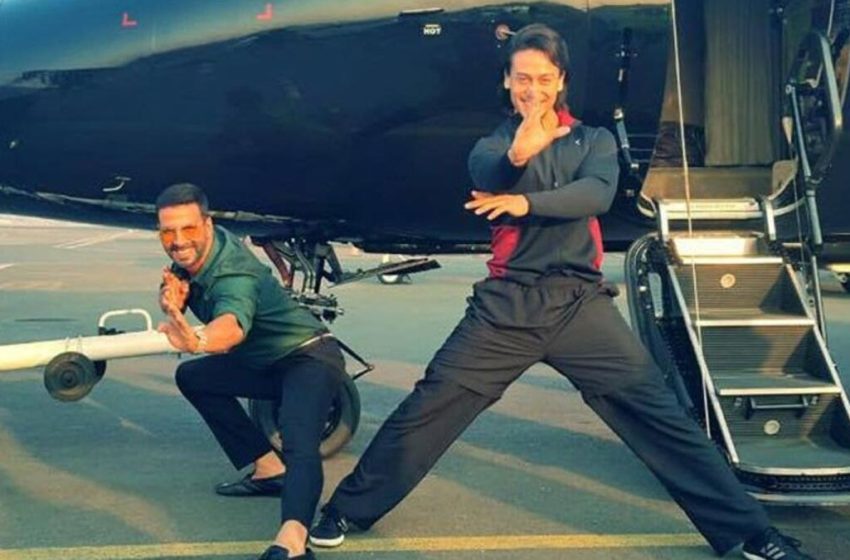 “Double Action, Double Dhamaka!! Ready Bade…toh khiladiyo ki tarah dikhaye heropanti ?” shares an elated Tiger Shrof  announcing his next film with Akshay Kumar. The film titled ‘BadeMiyan ChoteMiyan’, is all set to hit the floors soon, and will be releasing on December 2023.

Other than that, the film will be helmed by the one and only Ali Abbas Zafar. The makers today announced the film, with an extravagant video with sleek visuals and a high octane action sequence.

The onscreen chemistry of Akshay Kumar and Tiger Shroff has set the screen on fire. Both will be seen together for the first time and this sensational pairing is all set to smash all box-office records on Christmas 2023.

The blockbuster director Ali Abbas Zaffar after delivering box office hits such as ‘Tiger Zinda Hai’, ‘Sultan’ and ‘Bharat’ is now geared up to direct the ‘BadeMiyan ChoteMiyan’ franchise.

Veteran producer Vashu Bhagnani adds, ‘It’s a film very close to my heart as it brought together two legends Amit ji and Govinda and was directed by my favourite Davidji.

It is heartening to see my ChoteMiyan Jackky recreate that magic along with Ali Abbas Zafar who has a brilliant vision for the film. I am so humbled to have Akshay Kumar and Tiger Shroff be our BadeMiyan and ChoteMiyan for a new generation of audiences in 2023.”