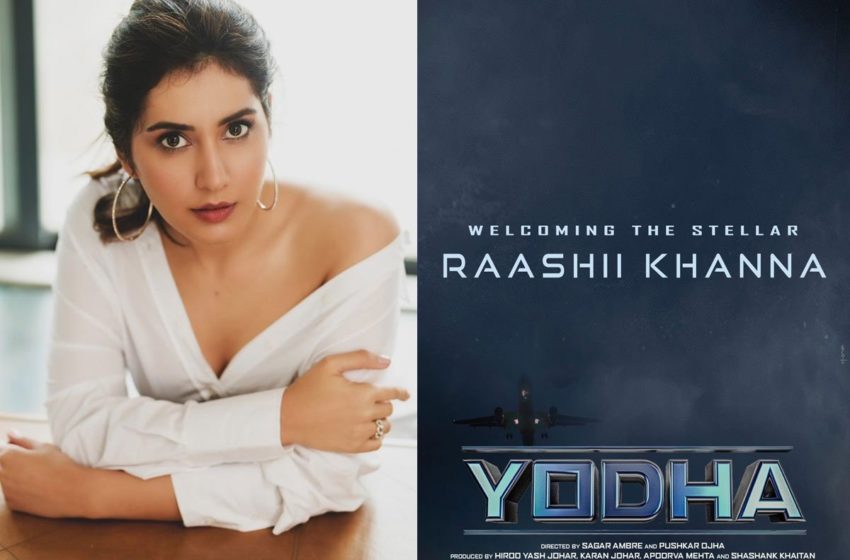 The bubbly actress Raashi Khanna shares an interesting update of her Bollywood film. She announced that she will be a part of the film “Yodha”, by Dharma productions. “I am extremely honoured & excited to announce that I will be joining team #Yodha along with the gorgeous Disha Patani!,” she wrote and shared the logo of the film.

Raashi made her Hindi debut in 2013 with Madras Cafe and this is her second Bollywood film after eight years. Yodha will release in theatres on 11th November 2022 and it also stars Sidharth Malhotra, and Disha Patani. Not only Raashi but also Sidharth, Disha, and Karan Johar took to their social media handles to announce the news.

The Dharma Productions’ head honcho announced in a post and welcomed both leading ladies in a post – “The phenomenal and exceptionally talented female leads of #Yodha are here! welcoming the ferocious, gorgeous and ever charming Disha Patani to the family. Along with Raashii Khanna, who brings her spark and innocence to the role like no other! Yodha hits theatres near you on 11th November, 2022.”

Sidharth also welcomed both Disha and Raashii onboard the aerial actioner that was announced last month. Sidharth will be seen as a soldier on a mission to save the nation. Last month, the actor also shared the first few glimpses from the first day of shooting. Yodha is Dharma Productions’ first aerial action franchise. The film is being helmed by Sagar Ambre and Pushkar Ojha.