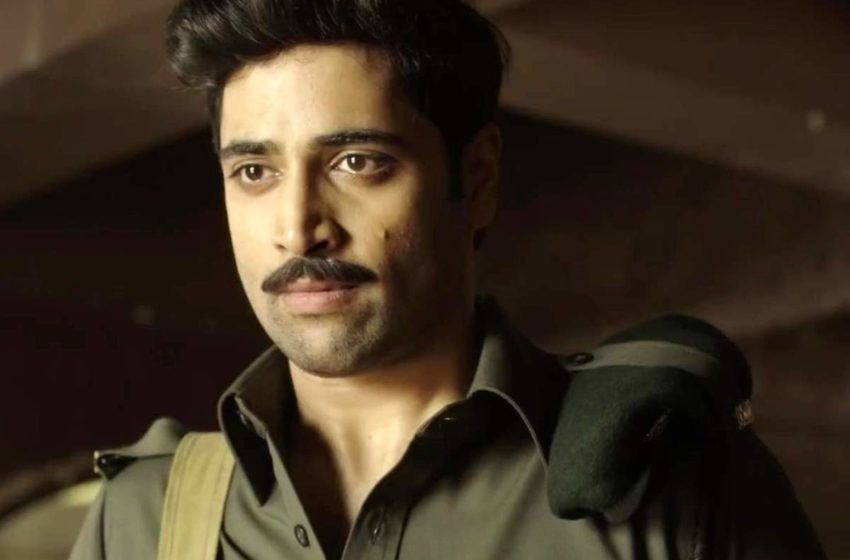 Actor Adivi Sesh reprises the role of Major Sandeep Unnikrishnan in the upcoming Pan India war film ‘Major’. Directed by Sashi Kiran Tikka, the film that was shot simultaneously in Telugu and Hindi and will be released in Malayalam as well as is presently in post-production stages. Sesh recently started dubbing for his role in the movie for Hindi version.

Meanwhile, the makers decided to kickstart musical promotions of Major with their first single ‘Hridayama’ sung by Sid Sriram and lyrics by VNV Ramesh and Krishna Kanth. Sricharan Pakala has rendered soundtracks and Hrudayama will be out on January 7th at 11:07 AM. Going by the poster, it’s going to be a romantic song shot on the lead pair- Adivi Sesh and Saiee Manjrekar. We can see water dripping down from both their faces.

Bringing to screen the untold story of Major Sandeep Unnikrishnan, the multilingual film ‘Major’ traces the braveheart’s journey from childhood, teenage, glorious years in the army to the tragic events of the Mumbai attack where he martyred, touching upon the different aspects of his being.

Mounted on a large scale, the team earlier shared the teaser, with a surge of emotions, the visually stunning teaser struck a chord with the audience generating anticipation for the film.