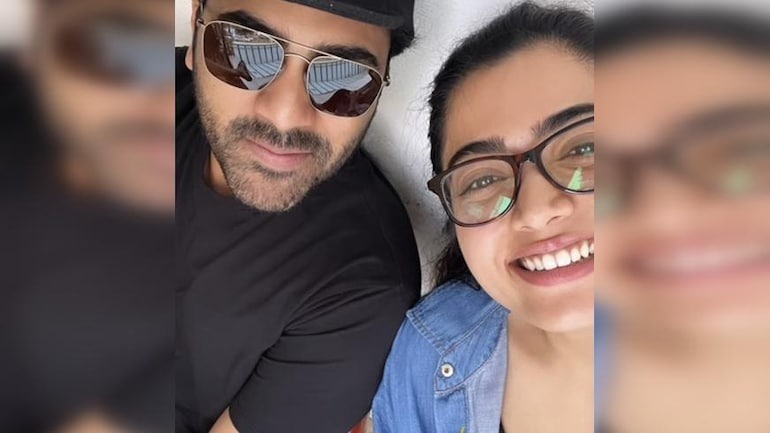 Actor Sharwanand is coming up with a film called ‘Aadavallu Meeku Johaarlu’ directed by Kishore Tirumula. The film stars Rashmika Mandanna as the leading lady. The cast and crew of the film have recently completed the shooting for the film and now the post-production work is going on.

Sharwanand has finished dubbing for his scenes in the film. He shared the information in a tweet by sharing a selfie with Rashmika Mandanna. Sharwa is seen looking dapper in a black t-shirt with googles while Rashmika donned a collared, full-sleeved denim button-down shirt.

Both are seen sitting in the studio and posing for the photo. Sharing the selfie, Sharwa wrote, ”Completed dubbing for #AadavalluMeekuJohaarlu.”The film is bankrolled by Sudhakar Cherukuri under the banner of Sri Lakshmi Venkateswara Cinemas.

The technical crew comprises Sujith Sarang as the Director of Photography (DOP) and A Sreekar Prasad as the editor. For the unversed, the film’s non-theatrical rights were sold for a staggering price of Rs 25 Crore, and this is the biggest price for Sharwanand.

As the promotional content from the makers has received a good response from all the quarters of moviegoers, the buzz around this movie has intensified. While Sharwanand enjoys a good following among all sections of the audience, he especially has a huge craze among the Telugu family audience.