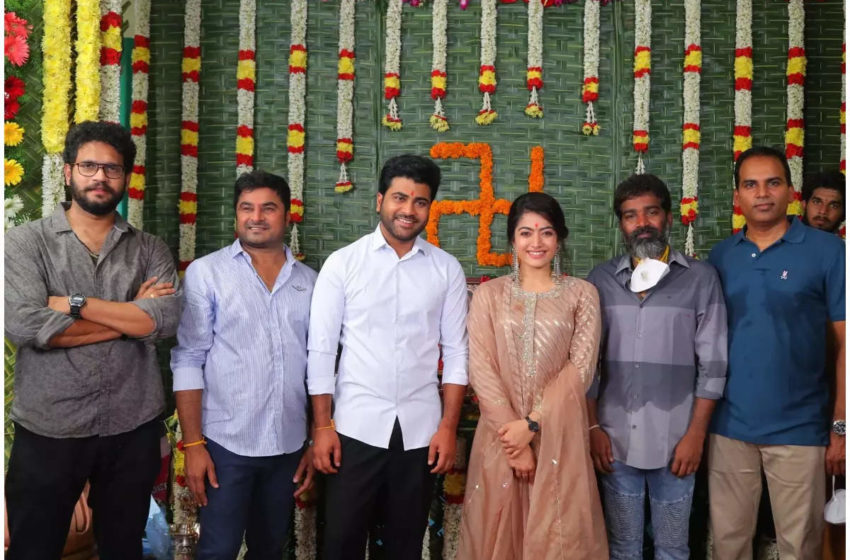 Rashmika Mandanna has become a pan-India actress and national crush by signing back-to-back Hindi movies these days. She is currently busy filming for ‘Mission Majnu’ and ‘Goodbye in Hindi. The ‘Chalo’ actress has delivered super hits in almost all the languages she has starred in so far. Except for Malayalam where the ‘Kirik Party’ actress is yet to make her debut. Rashmika will be next seen in the pan-India film Pushpa, starring Allu Arjun in the lead role, directed by Sukumar.

As per a web platform, Tollywood actor Sharwanand will star opposite Rashmika Mandanna banking on her popularity. They together are pairing for a film titled “Aadavaallu Meeku Johaarlu”, which is being directed by Kishore Tirumala. The film is also currently being filmed in Rajahmundry, Andhra Pradesh.

It is a known fact that Sharwanand has had back-to-back flops in recent times. His recently released multi-starrer film ‘Maha Samudram’ bombed at the box office. His ‘Sreekaram’ too failed to impress the Telugu audience despite talking about a novel concept of ‘corporate farming’.

Sharwanand, who already made his Tamil debut, has also delivered a super hit with `Engeyum Eppodhum’, and now he is coming up with a bilingual project titled ‘Oke Oka Jeevitham’.