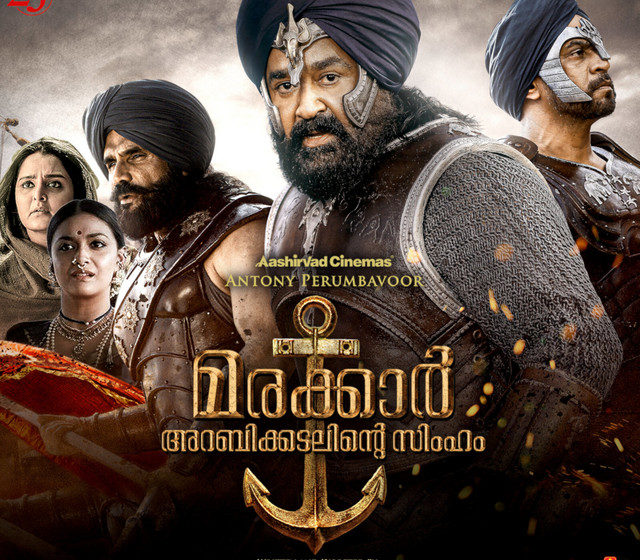 The highly anticipated teaser of Mohanlal‘s Marakkar Arabikadalinte Simham is finally here. Featuring Mohanlal, the 25-second footage offers a visual experience that will surely appeal to all sections of the audience.

A short glimpse of the actor towards the end of the video has also enthralled his fans. The Superstar can be seen displaying vigour and courage as he fights his nemesis. Unveiling the teaser, Mohanlal wrote on Twitter, “Here comes something you’ve been waiting for! #MarakkarLionoftheArabianSea Official Teaser 1.”

Well, going by the tweet, it is evident that the makers will also be dropping another teaser of the film very shortly. Marakkar will be releasing in cinemas on December 2. Though it was earlier confirmed that the film will be skipping the conventional theatrical release, the makers were later seen changing their decision.

Notably, the young star appeared for a few minutes in the title song of the 2009 film. They had earlier worked together in the 2001 action drama Onnaman as well. In Marakkar, Pranav will be playing the younger version of Mohanlal’s character Kunjali Marakkar IV.  Priyadarshan’s magnum opus follows Marakkar, who was India’s first Naval Commander and freedom fighter who fought against the Portuguese. Backed by Antony Perumbavoor under Aashirvad Cinemas, the period drama has songs composed by Ronnie Raphael and score by Rahul Raj, Ankit Suri and Lyell Evans Roeder.